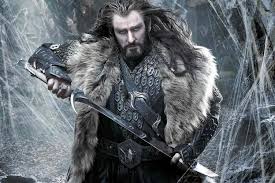 That’s not my given name, its one I made up. But I hang with it now, feels good rolling off the tongue. And it’s fitting. Feldspar—fool’s gold; Ironbeard—the most striking feature of the old druid that reincarnated me. I figure only a fool contacted via a speak with dead enchantment would agree to let a crazed old druid bring him back to life. TWICE.

I was a human, seventeen, a recently-minted sword-for-hire who’d taken up with a young band that operated in the wilderness of northern Avistan. We protected merchant wagons, escorted common folk from one town to the next through dangerous territory, searched—successfully—for a few missing children, and even ventured into an old ruin or two. It was the second ruin that was my downfall, my head lopped off to a swinging blade trap. I pulled one lever too many. I could never resist ‘em, ya know…knobs, levers, wheels. Too curious for my own good.

Next thing I knew I was floating in some misty realm hearing voices around me—languages I didn’t understand. Then one voice came through clear. He asked me if I wanted to be brought back to life. “Hell yes!” I answered. Seventeen was too young to die.

I didn’t know the asker was the old, mad druid that lived in a tangle of trees northeast of Avistan. I was told later that the druid charged half the going rate for the reincarnate…hence why they brought the pieces of my body to him. Cheap bastards the lot o’ them, not willing to pop for a simple raise dead.

The old man’s spell worked…sort of. I came back to life as a bugbear. Yeah, a monster. My little band of adventurers was aghast and slew me. This death was far more painful than the previous one. They shot arrows at me, stabbed me with daggers—all while I tried to flee, and my best mate Harry Lumn drove his bastard sword into my back and severed my spine to put me out of my misery.

The druid told me they buried me beneath a pretty oak tree, not wanting to spend the coin for another attempt. Real Cheap Bastards. The druid said he felt bad, thought it was his fault, and so he reincarnated me again…though this time he didn’t ask if I wanted to come back. The magic worked a little better. I would’ve liked to have been human again. Humans being the dominant race in these parts and afforded more respect and better paying tasks. But I’m not looking to try the reincarnate spell again. So I’ll take this until I die again…then who knows.

I stayed with the mad druid for half a year. Not sure why. Maybe I just didn’t want to go back home and let my folks see me like this. And I certainly didn’t want to run into my old adventuring band again…not that any of them would have recognized me. But I might have done some unfortunate things to them as payback. Revenge is an attractive trait, eh? I learned some wilderness skills that came in handy, and I can track now and survive on my own. I kinda like sleeping in the woods, under the stars. Anyway, I finally struck off, deciding I needed to earn some coin so I could better myself. I’ve some armor and weapons, but coin would get me finer ones. A lot of coin would get me magic ones.

I’m a bit of a loner, though I tolerate small groups of people. Most people tend not to tolerate me, citing my pissy, unpleasant attitude; Okay, I’m a shade on the rude side—just calling them as I see them, ya know. I’m working on being a bit more cheerful. And I’m careful…no more levers and the like for me…I’m done with that shit. 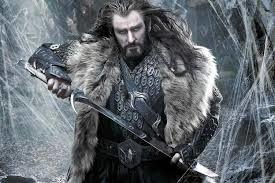